Damon Centola: How To Make Big Change Happen On Your Team Or In Your Organization 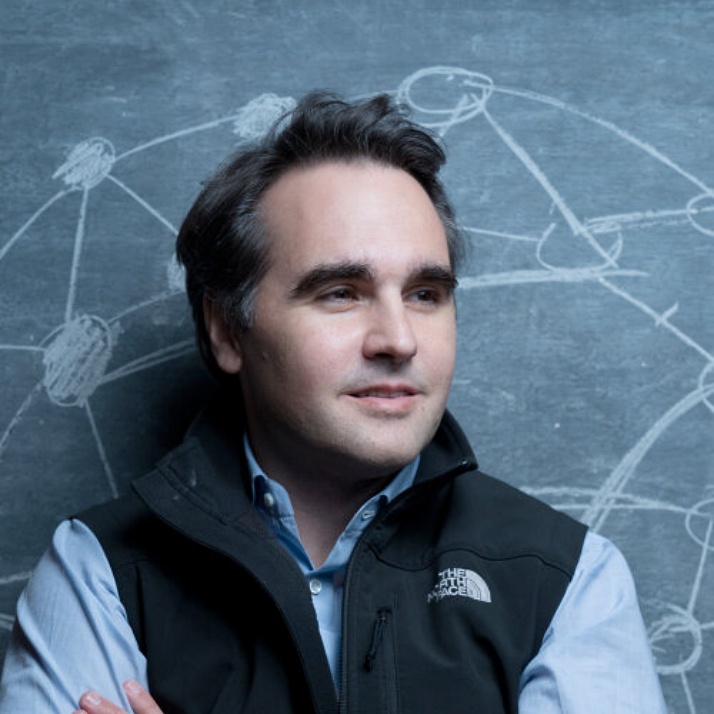 Years ago, research by Harvard Business School professor, John Kotter found that when major companies sought to initiate any kind of major organizational change, most ended up failing. Kotter & his team of graduate students watched many leaders simply abandon their change initiatives after concluding there was no viable road to success – despite a lot of time spent trying.

Anymore, it’s hard to imagine that a company – including its leaders – could last very long if they were routinely unable to turn their ship in a different direction or inspire employees to embrace new ways of being. So, knowing how change is successfully implemented has become essential knowledge.

According to University of Pennsylvania Sociology & Engineering professor, Damon Centola, most of what we know about how change is effectively spread comes from bestselling authors who tell us “influencers” are king, “sticky” ideas “go viral,” & good behavior is “nudged” forward. The problem is that the world they describe is one where information spreads, but beliefs & behaviors stay the same.

Centola is the author of the new bestseller, “Change: How To Make Big Things Happen,” a book Wharton 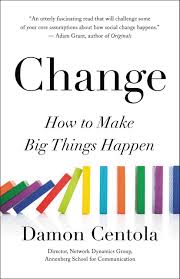 professor Adam Grant says it is the most important on the science of social influence since Robert Cialdini’s “Influence.” “Change” presents groundbreaking & paradigm-shifting new science for understanding what drives change, & how we can change the world around us.”

One of Damon’s big ideas is that change doesn’t really occur the way we’ve always believed – like a virus. We’ve long thought that once one person heard a new idea, they’d pass it on to others – who’d then pass it on themselves – until the new process, system or philosophy would become widely spread throughout a group or organization.  What this theory lacks, of course, is adoption. And more often than not, after new ideas are spread, they’re met with fear, resistance & negativity – change derailers!

So, how can leaders shape new behavior within their teams, how do we successfully launch a new innovation before it gets squashed & killed – & how can we create cultural change within an organization that really sticks?

Listen in – on this podcast, that’s what we asked Centola to explain.