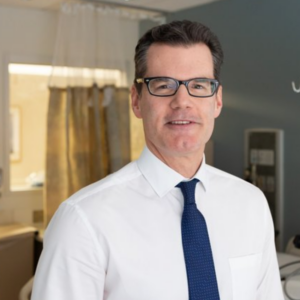 While making coffee one morning, a man passed out in his kitchen and fell onto a travertine floor. After being taken to the hospital, doctors discovered broken ribs, a punctured lung – & a blood clot so close to the man’s heart that 16 different attending physicians wrote in their notebooks, “patient not expected to live.

That patient was the host of the “Lead From The Heart” podcast, Mark C. Crowley – & once fully recovered, he scheduled an appointment with the hospital’s CEO just to thank him in person. During their meeting, Mark gratefully told the CEO that he fully believed it was the caring nature of his nurses & doctors that saved him. How his caregivers made him feel, he was certain, is what saved his life.

Now, if you believe in science, a far more logical conclusion to this story is that medical know-how is what truly led to Mark’s full recovery. Even the CEO seemed to suggest as much.

But now comes the stunning confirmation that what Mark experienced was indeed accurate. And while medical science will never be diminished in its impact on patient outcomes, caring & compassionate behavior prove to be a wonder-drug – knowledge that has profound implications not just for health care, but for workplace leadership as well.

Noticing patient experience scores were declining, & many of his doctors were also suffering from burnout, the Chief Medical Officer at Cooper University Health Care, Dr. Anthony Mazzarelli, asked his institution’s top physician to see he could find any scientific data that might link greater human “connection” with better patient outcomes. The question he was really asking was, “Does treating patients with more compassion really matter?”

That top physician was Stephen Trzeciak, who, as a highly trained scientist, was admittedly cynical about the premise that “caring” behaviors made any difference whatsoever. But after reviewing over 1,000 scientific abstracts & 250 research papers, he & Dr. Mazzarelli discovered that as brief as a 40-second display of compassion accelerated patient healing, lowered hospital costs, significantly reduced doctor burnout & influenced patients to have greater trust in their caregivers.

Dr.’s Trzeciak & Mazzarelli are now the authors of the rather astonishing book, Compassionomics: The Revolutionary Scientific Evidence that Caring Makes a Difference.*  And their top conclusion is that compassion matters far more than even they could have imagined…& in not only meaningful but also measurable ways.

Dr. Trzeciak joins us on this podcast to share greater details on his research, his findings – & how his discoveries fully reinforce the “Lead From The Heart” leadership philosophy.