Give Your People A Little Love 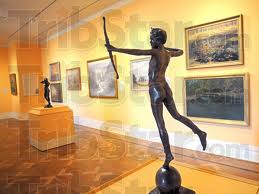 Here’s a quick story my son, Ryan, once told me about how our words and gestures can have a really destructive or constructive effect on the people we lead.

As a young manager of a high-end art gallery following college, Ryan found himself way behind schedule in getting all the pieces of a new exhibit hung.  He was just a few days away from an opening night gala and was feeling the stress of meeting all the deadlines.

And so, he instinctively began barking orders.

The person doing all the actual hanging, Chris, was a genius performer in his role. He had experience in land surveying and used radar to precisely place all of the artwork.  While earning only a nominal wage, he displayed a huge sense of ownership for his work and no one in the company could match his effectiveness in this task.

Under the pressure of the moment, however, and in with a desire to speed up Chris’s work, Ryan started bossing him around. Not surprisingly, Chris shut down.  His spirit became deflated and his physiology confirmed that of someone who’d become really unhappy and resentful.  His progress slowed further.

Another gallery worker, Tim, observed Chris’s distress and found a moment to take his boss aside.  “Ryan, you’re really going about this the wrong way,” he said.  “You’ve gotta show Chris a little love.  If you do, he’ll do a perfect job.”

Ryan knew instantly that he had let the pressure get to him and “took his employee’s advice to heart.”  He went directly to Chris and apologized for being so hard on him. He expressed to Chris that he was especially grateful for having him on his team and that he truly appreciated all of his amazing work.

That’s all it took to cheer up Chris and get him back on track.  According to Ryan, he ended up doing a knock-out job with every piece of art perfectly hung before their important show.

If it’s not entirely obvious, the hero and leadership model in this story was Tim.  Sensitive in the moment to how his co-worker was feeling – and what was interfering with his normally high productivity – Tim saw to it that Chris got the support he needed. And when managers routinely take the pulse of employees and find ways of re-energizing their performance, this is leading from the heart.

Sharing these blogs with friends and colleagues is cool!  If you would like to receive them directly, please sign up here.