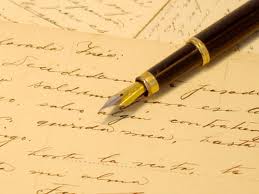 On my most recent birthday, I got a call from a former employee, Lucas.

Now a very successful bank manager, Lucas was a brand-new teller when I first met him fifteen years ago in my role as Regional Manager.  After being seriously injured in a helicopter crash, he’d been forced to leave the Marine Corps to find an entirely new career.

With no banking experience, he was starting over from square one.

In our earliest conversation, Lucas told me he already was dreaming of becoming a branch manager and hoped to make that progression quickly.  Knowing the learning curve ahead of him was steep for these aspirations, I advised him to master every assignment he was given and to pursue excellence all along the way.

Based upon feedback I subsequently received from his different supervisors, it was clear Lucas took my advice to heart.  Quite consistently, I heard he was extremely hard working, committed to learning and contributing at exceptional levels.

Occasionally when Lucas earned a step up the ladder or helped his branch achieve an important goal, I sent him a handwritten note in acknowledgement.  Very briefly, I expressed my congratulations and appreciation — and encouraged him to stay the course with respect to his desire to become a manager.

Even though it had been over seven years since Lucas and I last worked together, during my birthday chat he surprised me by mentioning these very same notes!

“Do you know that I still carry every single letter you ever wrote me?” he asked.

Flabbergasted, I said, “You’ve kept those notes from all those years ago?”

Like the Marine he once was, he replied, “Yes, sir!  I actually have them with me right now.  I keep them in my planner and re-read them whenever I need some inspiration.”

I was, of course, delighted to hear that Lucas had held on to my notes.  But I was also curious as to why they meant so much to him.  But before I had time to frame the question, he interrupted me with the answer.

“If you were about to ask me why I held on to your notes all these years, I’ll tell you.  It’s because no one I’ve ever worked for since has ever thought to do what you did – to show me that you really cared about me personally and that you were paying attention to the work I did.  I worked extremely hard all those years because of them.”

As a gift to me on my birthday, Lucas reminded me of how powerful a handwritten note can be in an employee’s life.  In a world where we all tend to rely on electronic communication, never forget that something handwritten hits people in their hearts – to enduring and inspiring effect.

PS: I encourage you to write a few of these notes right now while you’re thinking about it.  I promise you that doing so will immediately enrich you and that each recipient will express their appreciation — maybe even years from now on your birthday!

Sharing these posts with others is cool!  If you would like to receive them directly, please enroll here.