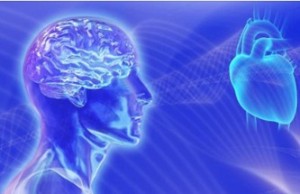 Imagine you’re giving a presentation tomorrow to a group of your organization’s top decision makers. Your job will be to persuade them to approve, and invest in, a new initiative you’ve worked over a year to develop.

Heading into the meeting, you’re convinced you have a fantastic business case. You’ve studied the competition, run several lengthy pilots – and developed a keen sense that the venture will become a run-away success.

But if your company operates anything like most traditional businesses, you know you’ll need to stick to the analytics while making your pitch; sharing any of your informed “feelings” about the potential outcome could potentially derail your project and even harm perceptions about your own managerial prowess.

And why is it that one’s feelings can’t be brought into the boardroom without drawing concern? It’s because we remain highly squeamish about the reliability of human intuition.

Nearly 400 years ago, René Descarte famously declared, “I think therefore I am,” and an emphasis on rational thinking has dominated business operations ever since. In the modern era, MBA programs have intentionally focused on developing left-brain, rational abilities – and to teaching future business leaders how to figure everything out. Even the high-compliment of saying that someone has great “business smarts,” inherently means they possess an unusually developed intellect – a good “head” for business.

But curiously, some of the world’s greatest “thinkers” of the past century – a list of acknowledged geniuses that includes Thomas Edison, Bill Gates, Nikola Tesla and Albert Einstein – all very consciously leveraged intuition in their work. And so convinced that intuition had profoundly influenced his entire life’s success, Steve Jobs repeatedly said that it wasn’t just potent, it was “more powerful than intellect.”

So there lies the conundrum. Most of men, mere mortals, steer clear of allowing any feelings or intuition to influence their business dealings, while the stunning achievers of society clearly chose to operate from an entirely different manual. Whose lead should we now follow?

For nearly three decades, the Institute of HeartMath has been researching intuition and running numerous experiments for the purpose of better defining what it is and how it works. I recently met with its director of research and co-founder, Dr. Rollin McCraty, and asked him to share some of the key insights he and his colleagues have acquired. As you might suspect, along with other researchers, McCraty has been able to show that folks like Jobs and Tesla figured out something long before the rest of us, and that intuition – when fully understood – can surely help us be more successful in our careers and lives. 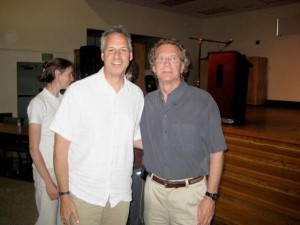 Here’s what you need to know:

Over a period of many years, the Australian Graduate School of Entrepreneurship conducted in-depth interviews with repeat entrepreneurs – people who had built businesses multiple times with great success.

Noting that Gallup already had shown that over half of all new enterprises fail in five years, they met with business creators in Great Britain, the US and Australia in hopes of identifying the commonalities of people who repeatedly defied the odds.

And they found two. Most importantly, they discovered that 80 percent of the successful entrepreneurs intentionally relied on their intuition and knowingly integrated it with their cognitive processes in making all final decisions. Contrary to what you might imagine, they were highly practical people who routinely employed a rigorous system of financial analysis and business projections. But in the end, they acted on their hunches, and repeatedly relied on feelings to indicate what choice was best.

While unrelated, it’s nevertheless interesting that the second correlation researchers found is that the serially high-achieving entrepreneurs were characteristically generous with all the people who helped them. Consistent with what Wharton Professor, Adam Grant, discovered about people who find uncommon success in life, they were “givers.”

There Are Really Three Different Kinds Of Intuition

The basic concept of intuition is ancient. Throughout history, human beings have had the experience of knowing more than was given to them by their five senses – and derived insights and understanding with no input from rational thought.

But our grasp of what intuition is beyond this basic explanation is greatly limited, says McCraty, primarily because he’s discovered there are actually three different forms of it, not just one.

The most commonly understood form of intuition is what neuroscientists call “Implicit Knowledge.” We learn something and we forget we learned it, and it sneaks up from our unconscious into our conscious mind when we’re driving or in the shower – and, voilà, we have the insight, the intuition.

As Nobel Prize-winning economist, Daniel Kahneman, also explained in his book, “Thinking Fast And Slow,” McCraty says that implicit knowledge can occur in an instant – or after we’ve let our minds chew on a problem for a while.

In the “fast” example, an experienced nurse walks into a hospital room and tells a new nurse that that patient is about to “code.” And in the next hour, it frequently happens. Ask the nurse how she “knew” this would happen, and she’ll likely have no idea. But what the research shows is the nurse learned to identify subtle clues – things she’s associated with future problems like slow breathing or pallid skin – and unconsciously stored that information.

McCraty calls the “slow” process, “Yen-sight.” This is when we encounter a new problem and don’t have the prior experience of solving it. Challenged to come up with an answer, we think about it, scratch our head over it a bit – and finally give up after putting more work into it. And then, generally – a day or two later – while cooking or out on a run, an insight pops in with a solution, or who might be able to help. “Intuition will tell the thinking mind where to look next,” said Polio vaccination inventor, Jonas Salk.

While Nikola Tesla was dreaming up the world’s first alternating current-driven motor, an idea one of his college professors ridiculed as impossible, he and a friend went out for a walk to discuss poetry. It was during this casual conversation that the key insight he needed came to him. “The idea came like a flash of lightning,” he later wrote. “And in an instant, the truth was revealed.”

McCraty says our brains are wired to mull over our obstacles unconsciously and, through this slower process, will often find ways for us to connect the dots. “We’re therefore very wise to sleep on our problems,” he told me.

HeartMath calls the second form of intuition, “Energetic Sensitivity,” noting that our nervous systems are literally sensitive to environmental signals. “They’re like big antennas,” McCraty says, “as we walk into a room and immediately can tell that there’s stress there, or whether there’s been an argument.” If you’ve ever met someone and immediately had a bad feeling about them – and then later learned you had good reason to respond as you did – this is your energetic sensitivity at work; and it’s scientifically real.

McCraty also suggests that whenever we have important information to communicate to other people, especially those we manage or lead, that we get very clear on what our intended message is beforehand. What we want to avoid is a misalignment between what we’re saying and what we’re really feeling inside, because everyone who receives our communication can instantly detect when we’re sending a mixed message. Said another way, our authenticity and trustworthiness come into question every time we say one thing, and our audience feels something very different.

Even though it’s likely they were convinced far earlier, HeartMath conducted 2,400 various trials and experiments before publishing its first article confirming the existence of “Non-local intuition.”

“We’ve all had an experience of it,” McCraty told me, before describing a classic example of it. “You’re driving your car in a place you travel all the time, but suddenly have the instinct to slow down – and you don’t know why. But as you keep driving, you see a small child run into the street, or an accident that just happened. In these instances, the gut tends to get the credit, but surprisingly, the future event is first perceived in the heart which sends a neuro-message to the brain and then the body responds – all before the future event occurs.”

How could this be possible? According to McCraty, “this intuition stuff about unknown future events that we cannot explain through implicit learning and energetic sensitivity processes is real and has been verified. Ultimately, it comes from the higher self – a larger human capacity.”

Recently, the US Navy proposed a far-reaching study on intuition after numerous examples came forward on how it had saved military lives. During the Vietnam War, for example, soldiers on patrol had the experience of being with leaders who had a knack for sensing where the danger was. “It became so well known,” McCraty said, “that troops didn’t want to go out unless one of those guys was showing the way.”

In another example, a Chicago police officer told HeartMath researchers that he routinely kept the window down in his patrol car, even in the coldest winter days. He wanted to hear things and have greater awareness of his environment. But one time, he suddenly rolled up the window – a change in behavior his partner immediately noticed and called out. But just as they turned the corner, the police car was shot and a bullet richocheted off the now-closed window, saving his life. “I’ve literally heard hundreds of stories like that,” said McCraty.

“There will always be skeptics to ideas like this,” McCraty says, “but 90 percent of Americans believe there is some kind of higher guiding form of intelligence. And although we’ve tried to find a connection, non-local intuition cannot be explained by the other two types.”

Long before any research on intuition had been conducted, Einstein insisted that “there are no logical paths to these [natural] laws.” And over a century ago, Emerson urged us to, “trust instinct to the end, even though you can give no reason.”

Much of implicit knowledge is based on pattern recognition, a knowledge of past experiences. And because our brain circuitry is wired to seek out what’s familiar over what’s unfamiliar, there’s always the risk that we will inappropriately apply familiar patterns to a current problem or challenge, and end up with a bad decision. HeartMath believes our success rate here improves with practice.

But McCraty believes the guidance we receive from non-local intuition is essentially flawless, and is therefore invaluable to rely upon when making life’s most important decisions: “Do I take this job, invest this money, marry this person or buy this house?”

In making these kinds of choices, “we need to be sure they’re aligned with what’s best for us and the wholeness of our lives,” he says, “but we only can perceive that intuition if we are paying attention to it.” And all people can relate to a time when they had very strong feelings yet allowed their head to override it based on money, ambition or security. “But by not listening,” McCraty says, “we often pay the price in time and energy in cleaning up the mess afterwards.”

If you would like to receive Mark’s work directly (no strings!), please sign up for his Tribe here!