The Single Greatest Reason The World’s Workforce Is Disengaged 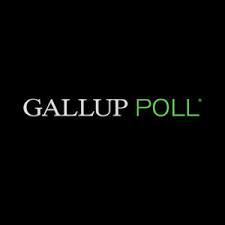 “No problem can be solved until it is reduced to some simple form. The changing of a vague difficulty into a specific, concrete form is a very essential element in thinking.”

In the early part of this past summer, Gallup released its “State of the American Workforce” report – a massive research undertaking that identified how connected and contented people feel in their jobs.  It’s from this study, 150,000 personal interviews over the course of a year, that researchers determined only 30% of us are fully engaged at work.

The news got even worse a few days ago when Gallup announced the results of its global workplace study.  Across 142 countries, they discovered only 13% of the working population does much more than show up on time and meet the minimum expectations for their jobs.

Take a look at these worldwide results:

Soon after the U.S. engagement report was released, I interviewed Dr. Jim Harter, Gallup’s Chief Research Scientist, and wrote a subsequent article for Fast Company Magazine.  Leveraging much of Gallup’s research, I listed the key reasons American workers have grown so distressed in their jobs, and described the most effective ways managers can address them.

But now, four months later, I’m left to wonder how the world’s economy succeeds by having just 13% of the working population fully committed to excellence? Clearly, we manage, but is this really the best our global society can do?

With the hope that Gallup’s new research might shed new light on this engagement crisis, I reached out to Dr. Harter again.  To frame up our conversation, I asked him just two questions:

(1)  Is there one universal root to why people across the world are so disheartened in their jobs?

(2)  As a society, can we fix this so that people can instead thrive at work, maximize their own potential, and help drive greater performance for their organizations?

The conversation that ensued was surprisingly brief.  Gallup’s research has conclusively answered these questions and Harter wasted little time responding.

So, what’s the single greatest reason the world’s workforce is disengaged?

According to Harter, the source of the world’s engagement problem is undeniably clear.  Organizations aren’t putting the right people into managerial positions.  “People get into management based on all the wrong factors,” he told me.  “Typically, it’s because they were successful in a previous job unrelated to management, or they had long tenure in the company and got rewarded for that.  But neither of those two things relate to the talents people need to effectively lead others.  That kind of misalignment has become a huge problem around the world.”

For anyone reading this who’s excelling as a leader today, you should know that your effectiveness is uncommon.  According to Gallup’s analysis, at least two-thirds of all people in supervisory roles today lack the requisite skillset.  More significantly, Gallup has determined that just 1-in-10 managers today have the “extreme talent” to effectively lead and inspire people in the 21st Century.  And, only 2-in-10 others have the potential to ever develop those same abilities with focused coaching.

The conclusion to be drawn is that too many employees the world over work for bosses who have a destructive impact on their drive, morale and commitment.  Harter was clear that nothing will move an organization’s engagement needle more than by making much better decisions on who get’s promoted into management.  But that leaves the question, “What are the potent characteristics of leaders for whom people are known to thrive…and produce?”

The Secret To Great Leadership Today

Albert Einstein famously said, “We can’t solve our problems with the same level of thinking that created them.”  His logic applies here.

The reason so many people are distressed in their jobs today is because our traditional ways of managing them no longer work.  To solve our engagement problem, therefore, we must collectively adopt the practices that do work and select into management only the people who have the desire and inclination to implement them.

All of this first requires we adopt a major paradigm shift in our thinking; the most powerful and influential leaders, the research proves, beat to a different drum.

According to Harter, the boss the world’s workers all want to work for has a natural inclination to care for the well-being of people – and wants to make a difference in their lives.  “They’re capable of seeing, supporting and adjusting to the differences in each employee and deal well with their ‘messiness and personalities.’”

Research shows that employees have dreams and aspirations of work that far transcend a paycheck.  They want to grow, do meaningful work, and be made to feel valued for all they contribute.  Not surprisingly, leaders who go out of their way to help people attain these goals end up having a profoundly positive effect on how they feel about their work.

While the traditional role of management has been to keep a tight and almost exclusive focus on goal achievement, the uber-successful leaders seek to improve the lives of their workers while driving performance.  And, when people feel their needs are being met and authentically supported, they instinctively want to do more to help their boss and organizations succeed.

No one, of course, should ever be selected into management roles unless they possess the core competencies related to their business and industry.  They must be effective at managing process and getting things done within their organization.  But what this multi-year, multi-nation study proves is that all these managerial skills have little effect on employee engagement.

What workers all around the world want us all to know and understand is this:  They’ll put their hearts into their jobs once they’re assigned to leaders who value them and do all that’s humanly possible to ensure they flourish.

With just 13% of the world’s working population currently engaged, there’s nothing but upside to our making this happen.

Please know in advance that we greatly appreciate when you share these blogs with friends and colleagues via Twitter, Facebook and e-mail.  Our aim is to influence, and we rely on you to help us get our message out!  If you would like to receive Mark’s articles directly (no strings!), please sign up for his tribe here.

PS: Be sure to read all of Mark’s Fast Company Magazine articles — you can find these on the top right-hand side of this website!