Tough On The Outside But Human On The Inside 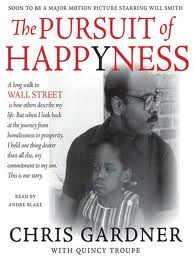 In my most recent professional role, I was in charge of nationwide sales leadership for nearly 1,000 stock brokers – aka investment product sales representatives.

Prior to this position, I spent a large part of my career managing in Washington Mutual’s retail bank and with people whose natures were generally quite cooperative and accommodating.

When I moved into the investment division, I discovered fully-commissioned brokers behaved very differently than branch employees.  Because they perceived themselves to be self-employed, they seemed predisposed toward being less trusting of management and always wanting more.  Higher commissions.  Better products.  More freedom with their time.

Because I hadn’t spent my formative career years in the investments business, many of the managers in the division were quick to tell me that I couldn’t lead these people the same way I did when I worked with salaried bank employees.  “You have to treat them very differently,” they said.

This guidance left me with the clear impression that the investment manager’s job was similar to a lion tamer’s. “The brokers will perform tricks for you when you throw them some raw meat – but you always need to protect yourself by holding up a chair or snapping a whip”.

What I wanted was to lead these reps in the only way I knew was effective.  I wanted to build greater trust, deeper relationships — and (professionally) appeal to their hearts.   Yet it was widely assumed by my new management team that these people long ago had turned off their hearts in the exclusively brain-driven pursuit of making money.

Here’s when I first confirmed my new team of brokers all were indeed human beings afterall and that it was our company’s standard approach to leading them which was undermining their effectiveness.

I was in charge of planning a three day conference in which all the company’s brokers were attending.  In seeking ideas for a keynote speaker, managers recommended Lou Dobbs – host of CNN’s Moneyline. The belief was that the reps had one interest – making money – and that Dobb’s with his financial expertise would have great appeal.

Rejecting this, I hired Chris Gardner, a former stockbroker himself who endured extended homelessness while being the sole parent to his toddler son.

Late on a Saturday afternoon, the reps gave rapt attention to Gardner who described how he lived in shelters while trying to get a foothold as a broker.  He told emotional stories about rushing to get his little boy to the shelter each night and to find him a bed before they were all gone.

When Gardner was finished, the reps gave him a standing ovation.   But here’s the moment I first came to see the truly human side of the new people I was leading.

With the meeting now over, the reps normally would have been inclined to rush to get out and on their way home.  Instead, nearly 700 people waited in a long line to purchase a copy of Gardner’s book, The Pursuit of Happiness, and then waited in a similarly long line to meet Gardner and have him sign their book.

There’s no question that Gardner’s deeply human story resonated inside the hearts of those reps and had the effect of inspiring them to more optimistically manage their own life’s challenges.

In my first year leading this team of financial consultants, we set an all-time record for revenue and had the highest profitability in the division’s 25 year history.  So what’s the moral of the story?

Never forget, there’s a human being inside every person you lead.

Sharing these blogs with friends is cool!  If you would like to receive them directly each week, please let us know where to send them.