Alan Murray: Is The Shift To Stakeholder Capitalism For Real? 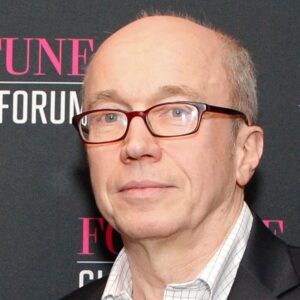 Alan Murray is the CEO of Fortune (Magazine) Media. He’s the former president of the Pew Research Center & the Deputy Managing Editor – & Washington Bureau Chief – of the Wall Street Journal. And, for decades, he’s had tremendous access to the world’s top CEOs.

In his new book, “Tomorrow’s Capitalist: My Search For The Soul Of Business,” Murray makes the clear & direct assertion that senior business leaders are suddenly discovering a moral compass. He says we’re living through a moment of profound change in how chief executives understand their role, & argues that this shift is already changing the way that business operates.

If this sounds too good to be true, this may be the first time in our podcast’s history where our guest was asked to endure some cynical grilling (& he responds to every question with aplomb).

In rather interesting language given the theme of this podcast, Murray says “it’s not that CEOs have grown bigger hearts,” but rather that they’re pivoting in a pragmatic way.

They’ve come to understand that their organizations can only grow & prosper if they invest in their employees, serve their customers, support their communities, & recognize their responsibility is to help lift up all of society — rather than (in the words of JPMorgan Chase CEO, Jamie Dimon) “ignore or ‘drive by’ those who have been left behind.”

Few of us could argue that Capitalism doesn’t require a major upgrade, & Murray has been sincerely persuaded that CEOs realize the historic blindness of corporations to social issues like climate change, the “Black Lives Matter” movement, discrimination of all kinds — & income inequality – is no longer sustainable or viable.

In his book, & in our conversation, Murray emphasizes that CEOs — the ultimate pragmatists — have simply realized they could lose their “operating license” if they fail to lead in a new way, not to mention ensure that it’s no longer shareholders who have a say in how their corporations are run.

Few people on the planet have had the access to CEO thinking as Alan Murray, & his perspective on the future of CEO leadership practices will surely leave you encouraged. One very interesting insight he shares here: it’s vocal employees & customers who are holding chief executive’s feet to the fire to evolve. And, Murray makes a compelling case that they finally are.