How Developing Self-Awareness Will Make You A Fabulous Leader 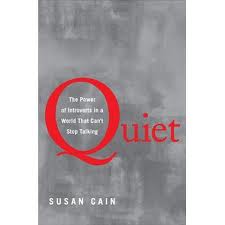 “The shoe that fits one person pinches another; there is no recipe for living that suits all cases.
Carl Jung

I recently learned that the leadership-training curriculum at Google places a heavy emphasis on self-awareness building.

The thinking, of course, is that managers can only become effective influencers of others once they’re fully mindful of their own strengths and limitations.

Google’s objective is to produce leaders who have profound self-knowledge along with the clear and humble understanding that whatever motivates their performance won’t always match up to the styles and inclinations of every employee.  Self-discovery, therefore, leads to a greater appreciation for people – and a compassion for all their varying personalities, behaviors and approaches to work.

I can spot genius when I see it and Google’s insight is profound.  I’ve known for years that my greatest leaps in leadership effectiveness came after I’d discovered some belief, practice or peccadillo that had unwittingly limited my success.  Too often, and to my regret, these epiphanies occurred only after I’d blown an assignment or an interaction with a colleague.

If your organization hasn’t yet devoted itself to helping you identify the components of your greatness, or the behaviors that might one day derail you, I urge you to find every way possible of discovering them on your own.  In this regard, here are a few things I’ve learned along the way that may help you:

The Law Of Requisite Variety

Early in my career, I was introduced to what’s known as the “Law of Requisite Variety.”  Also called “Ashby’s Law,” it essentially means that the most flexible and adaptable person in any situation is inherently the most influential.   Keeping leadership in mind, this means that the more versatile your own skill-set and world-view, the greater value you’ll bring to your team and organization.

Years ago, my brother gave me a book called, ”Soar With Your Strengths,” which made the seemingly compelling argument that we should spend far less time worrying about our weaknesses and devote ourselves instead to maximizing our natural talents.

What I’ve since discovered, however, is that some weaknesses can greatly hinder a leader’s effectiveness and even stall a career.  Tied to my understanding of the “Law Of Requisite Variety,” I ‘ve devoted myself to finding every means possible to minimize my limitations and even turn some into strengths.

I’ve made this suggestion in other articles I’ve written but do so again because it’s so valuable.   People who see you in action every day come to understand you in the most intimate way.  Tapping into that collective insight, and then taking real action against their list of needed repairs, is the fastest road toward leadership excellence.

The way I’ve accomplished this is the past is to solicit (in person) one thing that each person believes I do well.  From there, I’ve given people permission to hit me with their best shot and describe one behavior they perceive is holding me back.

Long ago, I filled out a diagnostic tool (“DISC,” if you’re familiar) that helped identify my dominant behavioral style.  After the workshop was over, I went up to the facilitator – someone who knew me very well – and asked him to review my profile and tell me one weakness I should be most concerned with.

I owe the guy a debt of gratitude for his incisiveness.  “Based upon what I see here,” he said, “you have more than one gap that will do you in if you don’t fix them.” First, you need to become far better organized, and you also need to learn to communicate in a much more direct manner.

The first rule of soliciting feedback like this is to not shoot the messenger.  I knew what my friend had just told me was entirely accurate and, in that very moment, committed myself to a life-long self-improvement process.  I can tell you proudly that I’ve not only become a highly detailed and planful person, I know how to be direct when I need to be.

Learn To Embrace And Emulate The Differences In People And Their Ways Of Operating In The World.

As Susan Cain points out in her new book, Quiet, people more consistently chosen for leadership roles tend to be extroverted and charismatic.   According to her impressive research, this only has been true since the early 20th Century.

Extroverts, of course, have many admirable qualities that match up well to the responsibilities of management.  They’re generally good communicators – often inspiring.  They have a tendency to get things accomplished quickly and to be very disciplined in achieving goals.

Introversion, on the other hand, is a “second class personality trait, somewhere between a disappointment and a pathology,” Cain writes.  Or is it?

While I’ve recently confirmed that I have a slight tendency toward introversion (you can determine your own proclivity here), in the days I believed myself to be an extrovert, I recall feeling slightly dismissive about the introverts I worked with and their more quiet and methodical ways.

Turns out extroverts also can be condescending and ego driven.

Over the next several years, while I managed large teams of people, I gradually (slow learner) came to better understand that my own unique way of operating in the world wasn’t the only way of succeeding.  More to the point, I realized that the introverts on my teams had a profound influence in shaping my understanding of circumstances and altering decisions I would have made all on my own.

This is because introverts listen far more than they speak, tend to ask a lot of questions – and actually wait for the answers.  While introverts are not necessarily smarter than extroverts, they more often think more carefully and, as Einstein said, “stay with problems longer.”  This might explain why they tend to perform better on exams like the SAT’s and earn more post-graduate degrees.

What I’ve come to believe with conviction is that leaders are best suited by being more “ambi-verted,” a balance between being disproportionately extroverted or introverted.

In any given day, leaders need to take action and to be reflective.  They need to move with great speed and with great caution.  Before giving firm direction, they’re wise to solicit the informed guidance from others.

My best advice: Step back from your own preferences and see what the world looks like from everyone else’s.  Over time, this will transform you.

PS:  After this article was posted, some technical glitch on our WordPress website caused all social media share counters to revert to zero.  While the counts now are under-reported, all links have been fixed and are working.   Thanks for sharing!