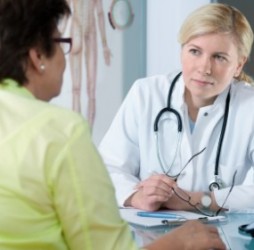 In his entertaining and insightful book, Blink, Malcolm Gladwell reinforces an idea I presented in Lead From The Heart:  How people are made to feel has an enormous effect on their future behavior – especially when a leader makes an inevitable mistake.

To illustrate the point, Gladwell tells us that the risk of a doctor ever being sued has very little to do with how many errors they make.  Actually, there’s an overwhelming number of people who’ve been by shoddy medical care yet never have filed a malpractice claim. harmed

So what’s the common denominator of people who do choose to sue?

According to Gladwell, they feel they were treated badly by their doctor.  Thus, even when injured by clear negligence, most people won’t sue a doctor they like.

Gladwell says that when a patient has a bad medical result, the doctor must explain what has happened, patiently answer their questions and, essentially, treat them like a human being.  The doctors who don’t – those who rush through the process indifferently and uncaringly – typically get sued.

Surgeons who never had been sued spent more than three minutes on average longer with each patient than those who were sued.  They were also more likely to encourage questions and engage in active listening, saying such things as “Go on, tell me more about that.”

From displays of humor to the tone of the doctor’s voice, patients were able to detect which ones had genuine concern for their welfare.

What Gladwell discovered about patients and doctors is the same for leaders and their workers.  How a leader treats his employees in the day-to-day operations of a business is a reliable predictor of how those same people will respond when the leader calls on them to double-up their efforts to meet a goal or to support them when they’ve made a mistake.

When you really care for people (i.e. when your employees can feel that you really care) they won’t hesitate to jump in and bail you out when you’re in hot water.   When people don’t feel the love, however, they’re instinctively inclined to let you simmer alone in the mess you’ve made.

Sharing these blogs with friends and colleagues is cool!  If you would like to receive them directly, please enroll here!