Seize Opportunities To Demonstrate You Care 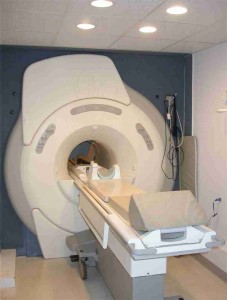 A few years ago, I was diagnosed with a brain tumor.  While all on it’s own the experience was the most terrifying of my life, the people who were supposed to care about me really didn’t.

Doctors, no less, made the circumstances far worse than they needed to be, and ignored how their indifference could have a rippling and discomforting effect on my entire family.

There will be moments in your life as a leader when your employees will need your thoughtfulness, your generosity – your humanity.   They’ll need you, as their boss, to drop your guard, display your heart, and show people how much they matter.  Blow this with any one person who works for you and you will lose their full engagement forever.

I went to see my “primary” doctor after having fluid remain in one ear for over a week.  I’d had this problem at other times in my life and had come to believe it was a chronic condition.  My doctor seemed to believe the same thing, but nonetheless sent me to a specialist just to be certain.

With water still clogging my one ear, I underwent a hearing test.  Not surprisingly, I heard very few of the repeated beats of varying decibels in the affected ear.  While distressing, it seemed logical to me that sound would be greatly muffled by the fluid, and I successfully raised my hand every time tones were sent to my other ear.

The clinician who administered the exam was unable to reveal the exam results and told me my new doctor would review them with me.  Her secrecy had me on edge, but I was fully unprepared for what came next.

The eye-ear-nose-throat expert was no rapport builder.  With his eyes perusing my report, and after barely saying hello, he asked me a series of rapid-fire questions.  “Was your head ever injured in an accident?  Have you begun having serious headaches?  Have you ever been exposed to a gun shot?”

Even though I answered “no” to all of his leading questions, my doctor with the off-putting bedside manner cut to the chase.  “I’ll need to run more tests, but I’m quite certain you have a brain tumor.”  Very directly, and without any display of concern for my feelings, he told me the Latin name for it, explained that I likely would need brain surgery to remove it, and advised me to go home and “look it up on the internet.”

I walked out of that hospital like a zombie and called my wife just as I was pulling out of the parking lot.  “He said I have a brain tumor; can you look up my condition and tell me what it says?”

With my wife now crying, she began reading the direst summary imaginable.  “The surgery had the potential to paralyze me or even kill me.  Regardless of the outcome, they would have to open up my skull.”

For two weeks, I waited for my insurance company to approve the MRI exam.  Every day, my wife was lighting candles, saying prayers and debating as to whether to tell our son.

While laying in the MRI machine, I had a mirror over my head that allowed me to see a person in a booth a hundred yards away.   During the half-hour noise-fest, I kept looking up at him convinced he could see into my brain, already knowing I was a dead man.  You try to be positive in situations like this – but my doctor was all but certain.

It was a full month of worry before I saw the doctor again.  Fully expecting he would have reviewed my MRI results before I arrived (so he could be best prepared for whatever discussion was to follow), I was incredulous when he opened the envelope right in front of me.  It became clear: this doctor hadn’t given me one thought since giving me his ominous diagnosis.  Moreover, he was entirely oblivious to all the fear and worry his prognosticating had induced.

“You clearly have an infection behind your ear, but I’m not seeing any evidence of a tumor from this,” he told me matter-of-factly.

I would have a CAT Scan, and another two weeks of sleepless nights, before he confirmed antibiotics would solve the problem.  This doctor, who had been so cocksure he could solve the puzzle before any of the letters had been revealed on the board, had been entirely wrong.

Eighteen months later, fluid returned to the same ear and I scheduled an appointment with my primary physician.   Apparently cut from the same cloth of indifference as his peer, he reviewed my file in front of me suddenly exclaiming,  “What the F*** happened here?”

My doctor – my primary caregiver – had never bothered to check in with the specialist he’d referred me to, and was seeing the evidence of all I went through for the very first time.

My instinct was to excoriate my doctor in that moment, but I decided instead to fire him.  His blatant indifference – after being his patient for over a decade – inspired me to end our relationship on the spot.

Malcom Gladwell has reported that patients who perceive their doctors to have authentically cared for them when being treated, infrequently sue when things go badly wrong in the operating room.  Conversely, doctors who show little interest in patients personally almost always get sued in similar circumstances.

What’s entirely true for doctors is equally true for leaders.  How you make people feel has it’s own unique kind of karma.   Demonstrating that you genuinely care about the feelings of employees is a behavior of great leaders.  This because emotions, above all things, drive the engagement, loyalty, initiative and productivity in people — all the desired outcomes in business.

If you would like to receive Mark’s articles directly (never strings attached or addresses shared), please sign up here.  We’re also honored when you share them with friends on social media.