The Greatest Obstacle To Leadership Greatness 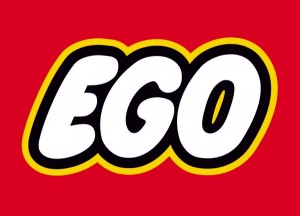 What’s the biggest obstacle that gets in the way of people and prevents them from becoming truly effective leaders?

Ken Blanchard, leadership guru and prolific author, is certain the answer is “ego.”
During a recent discussion he and I had for a magazine article I’m writing, Blanchard told me that there are two ego-related traits that take people out of their hearts and greatly undermine their true potential as leaders.

The first is “False Pride,” characteristic of someone who thinks mostly of themselves and is greatly self-promoting.  The second is “Self Doubt” or fear, where a leader thinks less of themselves than they should and is primarily motivated by self-protection.

According to Blanchard, leaders who are driven by their ego – whether it’s some form of false pride or self-doubt – are doomed to fail.  “Leaders cannot and will not succeed when their primary inclination is to be self-focused,” he says.   Leadership effectiveness is directly tied to one’s generosity of spirit, and to valuing the talents and differences in others.

For the past several years, Blanchard has been helping business students at the University of San Diego and Grand Canyon University (where the school of business bears his name) gain greater insight into their personal values, disposition, and to discover whether, deep-down, they have a true predilection for leading people.   Through numerous exercises of self-investigation, Blanchard’s program purposely leads students to answer this fundamental question: “Are you here to serve, or be served?’”

One of the most thought provoking activities of the curriculum Blanchard conducts is called an “Ego Anonymous” meeting – where students are required to stand up and publicly admit to some ego-driven, and thereby limiting, behavior.  By hearing the confessions of fellow students, it quickly becomes apparent how many ways the human ego can derail a leader in the minds and hearts of employees.

Just this past week, I had the honor and privilege of speaking to nearly 60 entrepreneurship students at Northern Arizona University.  This was my first trip to the school, and the first quarter where my book, Lead From The Heart, was being used as a class textbook.

During my presentation, I happened to mention Blanchard’s brilliant exercise and spontaneously asked the students if they would be interested in giving it a try.   This impressive and highly engaged group excitedly agreed to participate.

One by one, they acknowledged an ego-driven weakness:

I was reminded in hearing these and all the other “confessions” that ego is the greatest enemy of the leader.   But what impressed me most is that none of the students had any difficulty identifying at least one ego-driven weakness. This is good news for leaders.

Just like the people we lead and manage, we are at our core human beings.  And since all humans have some personality driven limitation (I’ve been characterized as being quite stubborn by those who know me), we’re generally intimately aware of the behavior(s) others find onerous and even oppressive.

Our taking constant action to minimize the effects of those weaknesses therefore, even to inform subordinates that you’re fully aware of your own frailties, goes a long ways towards building trust and rapport.

If your ego insists you’re the most important person in the universe, you’re best advised to never accept a leadership role.  But, for the rest of us, keeping our egos in check requires ongoing and determined vigilance.   Keep the lid on your ego, and you’ll soar as a leader.

We always are grateful when our readers share these blogs with friends and colleagues on social media!  If you would like to receive Mark’s Lead From The Heart articles directly, we invite you to sign up here.  We promise to never share your personal information or call you late at night at home.