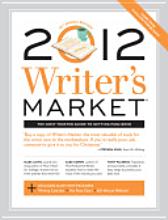 On the day I finished writing my book, Lead From The Heart, I excitedly told some friends that my two-year project was complete.  The first few people I informed were wildly jubilant and reinforced my own belief that I could now enjoy a few victory laps while I waited for the book to be published.

But a person in the know – someone who’d already had the experience of writing a book – had a more sobering and surprising response.   “Now the hard part awaits you,” he said.   “Getting an agent is a real challenge.”

I thought he was just trying to scare me when he said this.  “How could it be harder to find a literary agent than to write an entire book?” I wondered.

My first step was to go out and buy the definitive guide to securing an agent – something  called the 2011 Writer’s Market.   I diligently poured over this thick resource and learned that a lot of horribly written manuscripts are sent to agents every year and the volume overwhelms their operations.

As a means of preventing even a page of bad literature from ever crossing their eyes, agents have devised arcane submission guidelines – often times very different from one to another.

The foundation of the guidelines is what’s called a query letter.   Authors must submit a one-page entreaty where every paragraph has a purpose.  If you don’t follow the rules perfectly, or if you’re very first sentence doesn’t have a powerful “hook,” it’s made clear agents will reject you.   More importantly, every agent featured in the Writer’s Market wants these letters personalized.  Thus, you have to go onto websites, discover what books like yours they’ve previously represented, and make mention of all that in your letter.

What it all comes down to is that authors have to do a great deal of work just to get the summary of their book in front of an agent to consider.

Because agents specialize in the genres they represent, it was pointless for me to query anyone who wasn’t primarily interested in books about leadership.  I spent hours in further research.  In the end, I wrote to just 20 appropriately targeted agents.

Gratefully, a small few saw the merits of my ideas and heartened me with their positive responses.   But the far majority of agents never even bothered to respond to my carefully written letters.

And I didn’t even write the agents who unashamedly published this statement in the Writer’s Market: “Submissions in which we are not interested will receive no response.”

Really?   How hard is it to send an e-mail to someone and say “Thank you, we’re not interested and good luck with your book?”

It’s human nature to remember whether or not you’ve been thoughtfully treated by someone.  Believe me, I’ll never forget the considerate responses I received from certain agents and will reach out to each of them every time I write another next book.   I won’t forget the non-responders you can be almost certain.

Here’s the moral of my story.   Thoughtfulness touches the hearts in people and the heart has the memory of an elephant.   It never forgets.   Your being thoughtful with your employees is evidence that you care – and that’s an extremely powerful motivator of future performance.

Sharing these blogs is cool!  If you would like to receive them directly, please sign up here.