The Right Mindset For Leadership Excellence 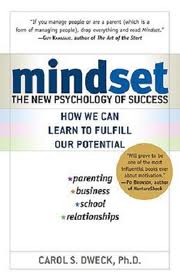 “A person who never made a mistake never tried anything new”.
Albert Einstein

“All that is valuable in human society depends upon the opportunity for development accorded the individual.”
Albert Einstein

Have you ever wondered why some people reach their full potential in life when other equally talented people do not?

Could it be the difference between high achievement and mediocrity is a result of one’s thinking?

Within the answer to these questions lies the possibility of profoundly altering your own life’s direction, not to mention the lives and performance of every single person you lead.

In her book, “Mindset: The New Psychology Of Success,” Stanford Psychology Professor, Carol Dweck, reveals that people whose achievements are greatest have a “growth mindset.”  To understand this concept, she contrasts it with a belief system and disposition more of us likely have been imbued with – a “fixed mindset.”

Limited by a “fixed mindset,” we believe our basic qualities of intelligence, talents and abilities are permanent traits.  In other words, we abide by the false conviction that “we can only work with what we were given.”

High achievers, however, instinctively embrace a more empowering and accurate paradigm – an attitude that says all our basic qualities can be developed over time through experience, education and mentorship.  Consequently, these are the people who “go for it” in life.  They put themselves in more challenging situations in anticipation that they will make mistakes along the way, but will grow from them – becoming far more effective the next time out.

Fear plays a big role in influencing our adoption of a “fixed mindset.”  According to Dweck, people who have achievement early in life often become afraid to make mistakes.   Wanting to never “tarnish their image” or ever appear foolish, they become apprehensive, and “don’t take on risks or develop the abilities they’re capable of.”

“Ironically, people who aren’t concerned about having an image to uphold, nor the weight of other people’s expectations as an influence in their early life, just follow their own path and more fully expand their abilities.”  They see challenges as exciting, rather than threatening.  And they openly acknowledge all their set-backs, wisely seeing them as an entirely normal part of the process.

Not surprisingly, our upbringing plays a huge role in determining which mindset we assume. Dweck says many of us grew up having our talents praised, when being lauded for our processes (e.g initiative, risk taking, effort et al) would have been far more helpful.  “Praising talent puts people into a fixed mindset.  People who are acknowledged for talent become worried about failure – about underperforming.”

For leaders to succeed in the 21st Century, Dweck insists they will need to fully embrace a “growth mindset” – in their own lives and in their perspective of others.

To get there, we need to acknowledge that a desire for perfection and routine successes flies in the face of our humanity.  Typically, we learn more from our failures than from our successes.  So we must stop ignoring this wisdom by avoiding challenges and choosing life’s safer routes.

In fact, Dweck, asserts that a focus on perfection subverts the learning process. We know that successes never comes easy and almost always require trial and error.  But all too often, we judge ourselves – and our subordinates – only by successful outcomes.   This, is perverse.

Dweck encourages us to be models for the “growth mindset.”  She wants us to get out of our comfort zones – to be much more willing to try, to experiment and to scrape our knees a bit.  Because our brain is a muscle that grows stronger with use, it forms more connections by stretching.  And by welcoming harder things (where confusion and struggle are likely to appear), we create more neurons and effectively grow our brains.

Finally, you’ll need a “growth mindset” in order to effectively manage other people in a rapidly evolving workplace.  Accept that no one who works for you ever arrived on the job fully formed.   We’re all works in progress, as long as we continue to grow.

So, if you want to see every single employee you lead thrive and perform to their highest and full potential, be a constant observer of effort and acknowledge it.   When you notice people creating – and revising – clever strategies, praise them.  And, when you see displays of great resilience and persistence in the face of a project that’s not yet succeeding, sincerely applaud it. And most importantly, honor people for learning.

In the end, Dweck’s work is a huge validation for the idea of leading from the heart as it confirms that all of us have so much more potential that we inhibit by unnecessary worry and doubt.

Thomas Edison said “If we did all the things we are capable of, we would literally astound ourselves.

We thank you in advance for forwarding these blogs on to friends and colleagues!  If you would like to receive them directly (free and with no messy strings attached), please sign up here.