To Give Is To Get 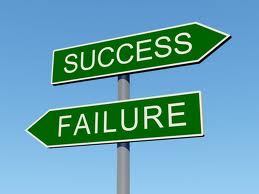 A leadership development consultant my company hired several years back had an interesting theory.

It was her contention that people who hold similar or identical positions tend to be the best judges of our strengths and weaknesses.

She explained that as humans, we’re naturally inclined to attune our behavior with those whom we observe to be more effective.  And since we’re always observing the actions of people who do the same work we do, we become quite effective at identifying the limiting behavior in peers as well.

To test her theory, she assembled 20 people – all senior-level financial services executives – and asked us to express what we perceived to be one another’s greatest managerial skill and most undermining shortcoming.

All of this was accomplished anonymously.   We were handed small pieces of paper and directed to separately write down a plus and a minus for each person.

The consultant told us to move very quickly and to use very few words.  She insisted we’d long ago arrived at our conclusions and wanted our feedback to be incisive and direct.

The moment of truth came when each of us had two piles of folded paper in front of us and were asked to open the ones describing our strengths.

At the time of this exercise, I had been excelling.  The team I was leading was consistently high performing and so the first stack of feedback I received was hardly surprising.   People said kind things like “natural leader,” “great sales manager” and “terrific sense of humor.”

With my ego now puffed up, the consultant reminded us that we all had many great talents and each had just read 19 validations of them.

As we were asked to sort through our mound of shortcomings, I found myself surprised by what I read.  Almost universally people said things like “doesn’t share ideas” and “could make a greater effort to teach others what he knows.”  The knock against me was that I was selfish and isolated – insight that forced me into some serious self-review.

At this point in my career, it had never crossed my mind that I had any responsibility whatsoever for helping my peers to succeed.  It wasn’t that I was ever uncooperative or off-putting with others – I just perceived them all to be my rivals.

I decided to take the consistent feedback to heart and found ways to share practices that were working well for me.  I spoke up more in meetings, conducted small workshops, and copied my peers on strategy-related e-mails I’d historically only sent to my own team.

Most gratifying to me was that my colleagues changed their opinion of me very quickly.  Rather than being a leader who hoarded ideas, I was seen as being so secure in myself and my abilities that I was willing to help everyone else win and achieve.

The lesson in all this: I always believed my relationship with peers was a competition and that the results I achieved would have to stand up well against them in order for me to grow in my career.  But, what earned me a promotion to a national-level position, was the perception from executives above me that I was someone who would do anything and everything to help others succeed.

As Emerson once wrote, “It is one of the beautiful compensations of this life that no man can sincerely try to help another without helping himself.”

Sharing these posts with friends and colleagues is cool!  If you would like to have them sent to you directly — straight out of the oven — sign up here.