Unconditional Acceptance Of Ourselves Makes Us Better Leaders 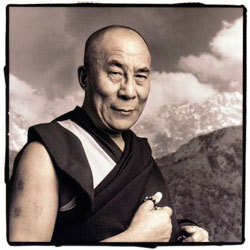 While I’ve only worked for a handful of truly inspiring leaders in my life, what this small group all shared was a deep belief in themselves and their abilities. They were extremely comfortable in their own skins and embodied a form of self confidence that repelled any and all fear of others succeeding at their expense.

As I think back on these unique people, I realize now that I could feel that they weren’t competing with me on any level. The supportive energy they were putting out made me – on some unconscious level – feel safe and thereby encouraged to be my natural self at work, to trust my own creativity, and to seek ways of helping the organization succeed.

The obvious trait all these leaders displayed was a desire to see their employees grow, develop, and to contribute to their greatest potential. As a result, the working environments they created were designed to ensure workers thrived.

The vast majority of managers I’ve worked for, however, were nowhere near as secure in themselves. Concerned that the accomplishments of their employees could somehow outshine or diminish them, they found ways – often subtle – to limit people. And because they feared the repercussions of giving away their power to others, they greatly constrained the performance of the teams they led.

The Dalai Lama has said that having compassion for oneself is the basis for developing care and concern for others. To clarify, he said that friendliness toward ourselves leads to unlimited care toward others.

If you read Lead From The Heart, you know that I grew up with a psychologically abusive father who influenced me to be deeply and broadly self-critical. In order for me to heal all that damage, I’ve had to work hard on being kinder to myself and far less judgmental. Overcoming an instinct to flog myself for my insecurities and human imperfections has been a life time’s work.

But all this effort has opened my eyes to what it takes to become an extraordinary leader. Be kind to yourself. Be less afraid of not being perfect. Resist being threatened by others and allow yourself to feel secure in yourself knowing you’re doing the very best you can in any given situation.

The greatest leaders I’ve ever worked for were courageous; they had the inner strength to care for themselves – all so they could give the same support to everyone they were leading.

What I’ve learned: When you value yourself and value others you will create extraordinary results.