Just Because You Work For A Jerk Doesn’t Mean You Have To Manage Like One! 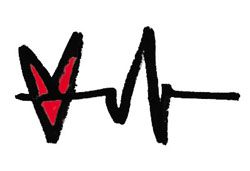 There have been lots of reports lately suggesting that many people believe they work for a really bad boss.

Whether or not that’s true for you today, it’s quite likely that you’ve worked for someone during your career who displayed abominable leadership skills and made your life unnecessarily miserable.

So, think of your worst boss ever and see if they were as bad as mine.

Two decades ago, the bank I worked for failed. I had an opportunity afterwards to move a hundred miles away for a job – something I really didn’t want to do – or to stay in my home town and change industries.

I took the local position and remember asking myself at the time “how bad could it be?”

My new boss was the President of a company his recently-deceased dad had founded. It was a tough economy at the time and executive-level jobs were scarce. Because of this fact, I suppose, I ignored early signs in the interview process that should have alerted me to the problems that lay ahead.

For starters, the guy who previously held the job I was going for refused to talk to me about his experience at the firm. That he lasted only six months before bolting should have been a sign.

Once I was offered the job, my boss required we have a contract. Specifically spelled out was that I had to work a minimum of 10 hours every day and that he could fire me at will. That he was seemingly already thinking of letting me go also should have been a sign.

Once I began work, my boss’s behavior became more erratic. Without telling me in advance or including me in the process, he hired people to work for me. Whenever I ran to the bathroom or stepped out of my office for a sandwich, I returned to find numerous typed Post-it notes – verbatim messages from my boss delivered to me by his assistant. Almost always, these were expletive-filled criticisms of some work I had done.

And even though I routinely worked 60 or more hours in a normal week, he required that I come into the office on Saturdays. There was no work assignment and no real reason to be there. But a company secretary wrote down the names of executives who failed to show. Never once did my boss join us on the weekends and it was never clear what consequences we’d face were we not to make an appearance.

Honestly, I grew to hate going in to work every day. One time, he asked me to attend a two-day conference with one of our best clients. Halfway through the first day, he called me on the phone and angrily told me to get my ass back into the office (his words).

The guy was completely out of his mind, of course, so I decided I wouldn’t let him affect how I led others. Regardless of how I was being led, I chose to manage my team with consistency, patience, thoughtfulness and care. Some of my peers, however, seemed to more naturally adopt the leadership style of our boss rather than to treat others the way they would have liked to have been treated.

As awful as the whole experience was for me, I’m proud I stood my ground and led from the heart all the while I was being abused. A few days after I left the company, my boss called and offered me an ungodly amount of money to come back. I didn’t take the dough, but knew in that moment that how I chose to lead my own employees had made an enormous difference at that company.

The moral of the story: Don’t wait for others to lead from the heart before you join in. Instead, have the courage to set a better example for others – even if that includes your own boss.

Sharing these blogs with friends is cool!  If you would like to receive them directly, please sign up here!