Why We Lie On Our Résumés 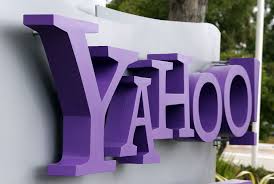 “Yahoo hired him for what he’s done in the past five, ten years.  It doesn’t really matter for someone at this point in his career what he did at twenty-two.  He may have felt at some point in his career that he needed an extra something — and then he couldn’t get rid of it.”

Just a few days ago, I got a call from the CEO of a local firm and was asked if I’d be interested in taking on a consulting project.   We set up a meeting the next morning and, after just an hour’s discussion, secured our agreement with a handshake.  It was the easiest job I’d ever won in my life.

As I was leaving, the CEO asked if I could put together a résumé and get it back to him the next day.  While it was clear I’d been hired based upon my professional experience and reputation, I fully understood the desire to properly document my appointment.

Just to emphasize the point, I already had the job before I set out to summarize my career experience and accomplishments.  So why did this activity make me feel in any way vulnerable?  Why did I have any concern at all that how this résumé turned out could in some way put my new deal at risk?

In answering those questions for myself, I concluded that a résumé is effectively an up-to-date report card for our respective work-lives.  We know it will be scrutinized and judged, and fervently want it to represent us in the very best of light. Perhaps at no other time are we so motivated to make ourselves look good.

It’s perhaps because of the pressure we feel in the moment of drafting a résumé that we’re tempted to embellish or outright lie in telling our story.    And this instinct, at all costs, must be resisted.

More directly, if you can envision being asked for your résumé at any time during the remainder of your career, you’d be wise to already have practiced the act of brushing off the devil-on-your-shoulder that would insist your honest achievements don’t otherwise measure up.  Disastrous outcomes almost inevitably befall untruthful applicants.

One highly publicized case in point is Scott Thompson, who last week was forced to resign his briefly held role as CEO of internet giant, Yahoo.  Thompson effectively, and needlessly, blew up his career by posting a computer science degree on his résumé that he had never actually earned.

Here’s what’s astounding about Thompson’s bad judgment.   Prior to throwing his name in the ring for the Yahoo job, he already had been the successful President at well-known e-commerce company, PayPal.    His reputation and abilities were so well established in the technology community that no résumé could provide greater insight into whether he’d be a good fit for the role.  Moreover, Thompson actually has a college degree, in accounting.  Apparently disregarding his own very impressive track record, however, Thompson felt compelled to puff up his stats – and it got him fired.

According to University of Massachusetts Psychologist, Robert Feldman, all humans have some inclination to lie simply in order to look good both to themselves and others.  And this is valuable insight when it comes to résumé writing.  “Adults want to control how others see them and want to elevate their own self esteem.  We find that as soon as people feel that self-esteem is threatened, they immediately begin to lie at higher levels.”

I’m a big believer in karma and hold the conviction that all lies, even slight résumé  edits, inevitably are brought into the light of truth.   And since trust is the foundational element of effective management, we must remember that even modest deceptions, once discovered, make it impossible for us to ever trust a leader again.

If you’ll listen to it, there’s a voice inside you that will keep you from straying from your own personal integrity.  In the words of Stephen Colbert, “You don’t look up truthiness in a book, you look it up in your gut.”

We are grateful to our readers and always appreciate it when you share these blogs with others.  If you would like to receive future blogs directly, sign up here.