Your Heart Has A Mind Of Its Own 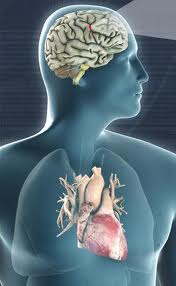 “It is only with the heart that one can see rightly; what’s is essential is invisible to the eye.”
Antoine de Saint-Exupery

Many years ago, I spent the day with the CEO of the bank where I worked, and asked him to give me his best piece of leadership advice.

His response came quickly.  “When it comes to managing people,” he told me, “make decisions with your head, and implement them with your heart.”

I remember being impressed by this.  It seemed very thoughtful and even enlightened.  Yet the core of his message was that business decisions must always be made by our minds, alone – an extremely common belief then as it remains today.

Thanks to recent scientific research, however, we now know that the heart is not just a beating organ, it’s a thinking one.  And, just like having another person in the room to provide a second opinion, the heart offers unique insights.  Hearts have a mind of their own.

Tied to this new understanding, we’re well advised to ask our hearts to weigh in on decisions and to render their assessments – before any implementation commences.  But how many of us in business ever make this consultation?  Don’t we all really believe the heart’s voice must be tuned out – that whatever it has to say will misguide us?

Here’s a story I hope will influence you to more consistently consult your heart when making important decisions and to trust what it’s telling you.

In his classic book, Influence, Dr. Robert Cialdini, describes an interaction he had with a person who showed up at his house one warm summer evening and rang his doorbell:

I answered my door “to find a stunning young woman dressed in shorts and a revealing halter top.  I noticed, nonetheless, that she was carrying a clipboard and was asking me to participate in a survey.  Wanting to make a favorable impression, I agreed….”

Cialdini doesn’t explain why he felt compelled to make a good impression on his solicitor, yet we can certainly imagine him sucking in his middle-age gut as he welcomed her into his house.

“I’m doing a survey on the entertainment habits of people and am hoping you can answer a few questions for me,” she began.   “Can you tell me how many nights a week you go out to dinner on average?”

At his ego’s direction, apparently, Cialdini assumed the identity of a continental, a man-about-town who enjoys all the finer things in life.  “I love restaurants,” he crowed.  “I eat out three or four times a week.”

“How nice,” she said.  “And do you usually order wine with your dinner?”

“Only if it’s imported,” said Cialdini, laying it on as thick as possible.

The canvasser proceeded to ask question after question related to concerts, the theater, ballet, movies and sporting events.    Cialdini, (or Bob as she’s been asked to call him) we learn, was an aficionado of all of them.

“Well, Bob, she gushed, “you seem to really love entertainment don’t you?”   And, just as soon as he nodded his head to the affirmative, she moved in for the kill.

“From all the information you’ve given me, I’m pleased to say you could save at least twelve hundred dollars a year by joining Club America!  A small membership fee entitles you to discounts on all the things you so enjoy.   Surely someone as socially vigorous as yourself would want to take advantage of the tremendous savings….”

In the moment, Cialdini felt “trapped as a rat.”  He knew he’d been cornered by his own behavior and words, and would come off as a liar and a phony were he to not make the purchase.  His mind offered him no way out.

But Cialdini acknowledged he had heard earlier another voice inside of him, one that urgently attempted to notify his brain that a con was taking place.  “Hey, you’re being taken here!”   Predictably, Cialdini totally ignored the warning and ended up making the purchase.

Reflecting later on how he’d been duped, Cialdini realized the situation was entirely fraudulent – a scheme specifically designed to extract all the responses and outcomes it did.  Were he to face it again, he tells us, he would have better respected, and acted upon, that inner guidance.  Were life to grant him a do-over, here’s what Ciadini now would say to his cunning marketer:

“You see, I fully recognize what has gone on here. I know that your story about doing a survey was a pretext for getting me to tell you how often I go out so you could then use that information to sell me your product.   Therefore, because you deliberately sought to trick me, I not at all interested in joining Club America.”

Cialdini concludes the story by advising that we all learn to trust the intelligence of our hearts. “It is by definition, the one place where we cannot fool ourselves.  It is a place where none of our justifications, none of our rationalizations penetrate.”  He implores us to “trust that flash of feeling” and to determine not just whether we trust something intellectually, but also in our “heart of hearts.”

In a book written thirty years ago, before science could provide him proof, Cialdini states: “We experience our feelings toward something a split second before we can intellectualize about it.  My suspicion is the message sent by the heart is a pure, basic feeling.  Therefore, if we train ourselves to be attentive, we should register it ever so slightly before our cognitive apparatus engages.”

The moral of the story is that your heart always has your back.   It’s your ally, not a foe.   So, next time out, will you heed its call?

We always appreciate it when you share these blogs with friends and colleagues!  If you would like to receive Mark’s blogs directly (no name sharing or smarmy solicitations), please sign up here.  PS: Mark also likes to send his Tribe leadership information not otherwise shared.