Be Direct In Your Communications And Excel As A Leader 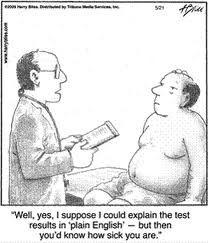 As an English literature major in college, my professors routinely asked me to write several-pages-long analyses of books they earlier had assigned me to read.  The goal of these assignments, of course, was to discover whether I fully understood the material and could effectively articulate every imbedded nuance.

While my undergraduate training definitely taught me to think analytically (appropriate time for a shout out to my alma mater, the University of California, San Diego), I painfully discovered after graduation that it had rather poorly prepared me to succeed in the business world.

In one of many examples of missteps I made as a young manager, I remember submitting a multi-page, single-spaced business proposal to my organization’s Marketing Director.  To this day, the most direct human being I’ve ever known, he refused to read it even though I’d spent hours working on it and was passionate about its content.

In working for this gentleman over the next several years, I chose to model his direct style in communicating.

I learned to be concise, candid and unambiguous in both my written and spoken word.  Doing this not only ensured my future proposals got read and approved, it helped me become a much more effective leader.  This is because directness not only is prized in the business world, it’s essential.

What I learned about being direct is that people appreciate it.  They know where they stand, understand what’s expected and waste little time trying to read into things you say.  How much time have we all spent worrying about what our boss thinks of us or meant by some offhand comment?

As I grew more experienced as a leader, I realized that by making myself very clear with people, they wasted little energy being concerned like this.  They routinely knew where they stood.  And because my employees far more consistently met or even exceeded my expectations, they very often heard me tell them how much I valued and appreciated them – and was grateful for having them on my team.  I made a point to be very direct in this kind of feedback, too.

Remembering that the hearts in people are sensitive, I’ve always had to remember that being direct can also destroy feelings.  On the day my boss refused to read my proposal, he could have chosen to acknowledge my effort, initiative and inexperience, and taken the time to show me how he’d like to see the next version.  I most definitely was dispirited by his terse response, and made a point thereafter to make sure my own directness never was perceived as being jerky or even disrespectful.  Being concerned about employee feelings, I’m absolutely certain, is what distinguishes a great boss from a merely good one.

In his own way, my former boss did try to teach me and, many years ago gave the following advice from some anonymous author who understood the value of keeping communication simple.   It’s worth remembering:

Keep It Simple
Strike three.
Get your hand off my knee.
You’re overdrawn
Your horse won.
Yes.
No.
You have the account.
Walk.
Don’t walk.
Mother’s dead.
Basic events
require simple language.
Idiosyncratically euphemistic
eccentricities are the
promulgators of
triturable obfuscation.
What did you do last night?
Enter into a
meaningful romantic involvement
or
fall in love?
What did you have for
breakfast this morning?
The upper part of a hog’s
hind leg with two oval
bodies encased in a shell
laid by a female bird
or
ham and eggs?
David Belasco, the great
American theatrical producer
once said, “If you can’t
write your idea on the
back of my calling
card,
you don’t have a clear idea.”

We greatly appreciate it when you share these blogs with colleagues, friends and family via social media!  If you would like Mark’s work sent to you directly, we invite you to join his tribe. We promise to never sell share your information or show up at your door selling aluminum siding.