Are You Prepared To Lead When Disaster Comes? 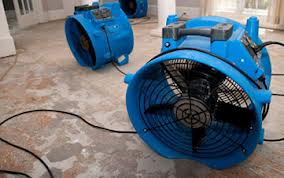 “It’s not how well you perform in your summers that will define your success in life, it’s how well you do in your winters.”
Jim Roan

Around 9:00 P.M. on Labor Day night, I headed back to my bedroom with a plan of doing a little reading before going to bed.

As I walked down the long hall, I had no idea that two-to-three hours earlier a connection had burst behind the bathroom toilet and hundreds of gallons of water already had gushed into the back half of the house.

Honestly, the sight of water pouring out of the pipe – imagine the pressure of a wide-open fire hydrant – was instantly stunning.

By this time of night, I already had grown tired; but my sudden change of fate required my sharpest attention and decision making.  At first, I felt entirely overwhelmed.

There’s a knob on the back of most toilets that serves to shut off the water in an emergency.  But once I’d turned it completely, the water continued its ferocious surge.   Greatly alarmed by this, as fast as I could, I ran outside to the front of the house, found the shut-off lever, and ended the flow.

Somehow during all this initial chaos, a thought crossed my mind that I was being tested.  Honestly, a voice inside of me was challenging me: “What’s the best possible way for me to respond to this crisis and leverage all I have learned about life and leadership?”   I’m not kidding.  And also quite truthfully, what that voice had to say was inspiring to me.   With water rapidly seeping through walls, putting antiques and other prized possessions at risk, I found myself determined to respond swiftly and maturely, and to achieve the best possible outcome.

I’d like to share some of the key steps that we followed with the hope they can help you when life’s inevitable disaster comes your way.   Just sixteen days after the pipe burst, our house was fully dried; walls were removed and replaced, and virtually the entire house re-carpeted and re-painted.   That voice in my head played a huge role in getting the crisis resolved.

Feeling like you’re a victim when situations like this occur is the most disabling instinct one can have.  “Why do these things always happen to me?”  “I have such a busy day planned tomorrow.”  “This is just too overwhelming.”  These are thoughts I know for certain I would have had earlier in my life.   But what I can tell you is they are the weakest thoughts possible for a leader to have.   While you may also have a flood in your house one day, the crisis you more likely are to face down the road will be at work.  When it comes, you need to accept it, not resist it and avoid at all costs any “woe is me” thinking.

When crisis hits you, your life changes in that very instant.  There’s no going back; no wishing things were different.   When we realized the carpet padding was fully soaked, we began pulling up the carpet and tearing out the sodden padding.  The decision was to sacrifice the carpet to protect other rooms from damage.  Our insurance company later commended us.  It was much cheaper for them to replace carpet than walls.

Step #3: Call In The Right Help

It was nearly 10:00 PM, after my wife and I had moved several pieces of keepsake furniture, that we realized we could not possibly do all we needed to accomplish that night.   Normally reluctant to call anyone that late, the circumstances negated those concerns.   We called a man named Dave King, who had done lots of work for us in the past – and who my wife and I believed would know what best to do.

What you should know about me is I’m no handyman.  Not even close.  To some, I’d even be considered a liability in situations like this.  Not Dave King.   After we tried vacuuming the water, starting in the bathroom (he brought the vacuum), it was his call that the carpet and padding needed to be pulled.  I suddenly became his subordinate and allowed him to direct the work I did.  He was the expert and I deferred to him.   Amazingly, out in his truck, he had all the pieces required to repair the toilet.  I took a brief moment to thank the universe (and then him directly) for a gift like Dave.  He stayed working until 1:30 the next morning.

Step #4: Put An Expert In Charge

It just so happens that my wife has been an interior designer for the past twenty-five years and has superb organizational and project management skills.   Early the next morning, after she had slept for just two hours, a crew had arrived and begun placing scores of fans throughout the house.  Insurance adjusters arrived and problem resolution had begun.  Within a couple of days, she’d created a project calendar, synchronized schedules with contractors, selected new paint colors and carpet and formalized her plan.  What we needed was someone with a great sense of urgency and a fundamental understanding of what needed to be accomplished.  I found this person at home.  You’ll likely have to look within your organization to find yours.

Step #5: Frequently Communicate To All Constituencies

Now project manager, my wife informed all the various trades when specific work was scheduled and what dates their jobs needed to be performed.  She told family and friends what had happened and asked for their support.  Each day, she gave everyone a project update – including me.  She ensured the entire team was well coordinated so work could be finished quickly and efficiently.

While I wouldn’t wish a flood on anyone, our home today looks beautiful.  We purposely chose new color schemes and carpet patterns to introduce change.  Having everything fresh and new feels life affirming, too.   In the moments of crisis like this, there’s enormous amounts of stressful work that needs to get done.  As almost all of that fell to my wife, we had a celebration Friday night.  I toasted her for all she had accomplished and for her brilliant response to a very challenging situation.

Remember, life at times is quite difficult.  But how you choose to respond has profound impact on outcomes.

Thank you in advance for forwarding these blogs on to friends and colleagues. We invite you to receive Mark’s “Lead From The Heart” articles by signing up here.  We promise to never share your personal information or solicit you for a blood drive.