Digital Pats On The Back Can’t Replace Authentic Recognition 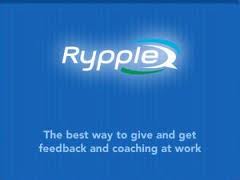 A recent CNN Money article titled, “A digital pat on the back from the boss: What’s it worth? “ is a great reminder that organizations across America continue to lead from their heads without fully consulting their hearts.

Let’s start with the problem business is trying to solve: A year-end 2011 study conducted by employment agency, Randstad revealed that 47% of all US workers plan to test the job market in 2012.  Other surveys have shown the number to be as high as 70%.

The prospects of losing half or more of their staff has business leaders fearful, especially given their conviction that the employees most likely to bolt will be their most valuable, high-achieving “go-getters,” rather than more “complacent employees” expected to “sit tight.”   (That business leaders spend their time handicapping which workers will leave is definitely part of the problem here).

Companies have gotten smart and have implemented employee surveys to diagnose the primary reasons anyone would be influenced to seek greener pastures.  In response to all they learned, many firms have chosen to double-down on recognition efforts.  “Often, feeling valued and recognized is considered more valuable than raises on staff satisfaction polls,” said one researcher.

This last sentence is, indeed, spot on, and organizations that authentically choose to do more to honor and acknowledge workers most certainly will limit their turnover.

But according to the article, many companies see themselves – and their leaders – as being “too busy for face-to-face recognition” and have turned to using recognition software to valdidate, encourage and retain the best workers.

One such program is Rypple, a Facebook-like site that allows “staffers to post thank-you-notes and other pieces of recognition for all employees to see.”  Another competing tool, Applause, allows employees to thank and congratulate co-workers who go beyond the call of duty and even recommend cash awards for the effort.

Company interest in these kinds of recognition software programs appears to be heating up.  This may be because employers see an opportunity to tap into the explosive interest in social networking sites like Facebook and Twitter.  With managers supporting more people after two-plus years of job reductions, it may also be a means to doing more with less.

If you’re expecting me to poke some big holes in the idea of using recognition software to engage workers, it’s coming.  But I do have some kind words first.

In their book “Connected: The Surprising Power of Our Social Networks And How They Shape Our Lives,” James Fowler and Nicolas Christakis make a strong case for social networks and how they improve our lives.  The authors state that social connections are key to our humanity, implying that a workforce that’s more united can indeed be more powerful and productive.  Consequently, any technology that allows employees to acknowledge one another or to make recognition more visible within a company is to be admired.

But Fowler and Christakis also reveal that while the average Facebook user has 110 on-line friends, the number of close friends in that network is fewer than seven.  Therefore, “online networks do not appear to expand the number of people with whom we feel truly close.”  Said another way, real human contact is the connection we’re all really seeking and needing.

While I’d like to believe there’s a place for recognition software in organizations, my fear is that companies who install technology to acknowledge workers and their achievements soon will come to rely on it exclusively.  Large sums of money will be invested, major initiatives will be set in motion to maximize employee adoption, and Human Resource departments will be charged with monitoring activity.   People won’t have time for anything else.

Therefore, my recommendation to workplace leaders everywhere is that you make an entirely different investment, one I believe that will pay off in far greater ways.   Give your people – especially your best people – your time.  Schedule regular meetings and make them sacred.   Find out what’s going on in their lives.  Discover their newest aspirations.  Tell your employees face-to-face how much they matter to you and to your organization.

My experience is that people will stay working for you, enthusiastically, if they feel they’re genuinely cared for.  While using software to thank and honor people is most certainly more efficient, “digital pats on the back” can in no way replace the feelings people get when they hear their boss say in their presence, “I am so grateful to have you on my team and appreciate everything you do to support me.”

If you really want to keep your people, make it real!

We appreciate it when you share these blogs with friends, family and colleagues!  If you would like to receive them directly (free and with no strings attached), please sign up here!