Have Workers Become Bored, Or Disheartened? 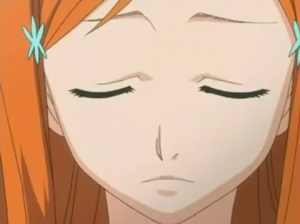 “The two enemies of human happiness are pain and boredom.”
Arthur Schopenhauer

Last week, Forbes Magazine published an article titled, “Bored In The Office: Is It The New Productivity Killer?”

Honestly, when I first saw this headline I thought to myself, “Man, we really do have big problems in leadership if we’re now allowing people to become bored in their jobs.”

But after reading the piece, I realize that Jenna Goudreau, the Forbes staffer who wrote it, actually has identified the symptoms of a very serious issue affecting employee engagement and productivity – I think she’s just poorly diagnosed it.

Just in case you haven’t yet seen or read the article, here’s how Goudreau effectively summarizes the problem of employee boredom:

To the credit of my subconscious mind, which apparently gave this article more thought during my sleeping hours, I woke up this morning with an epiphany.

All of the distress that Goudreau says so many employees are feeling in their jobs, and which undermines their engagement and daily effort, has nothing at all to do with their feeling bored.  Far more pernicious, these are all symptoms of workers feeling entirely disheartened.

Consider this word’s definition. It represents someone who is discouraged and dispirited. It characterizes a lack of hope. It literally means “a loss of heart.”

We know that both employee satisfaction and job commitment are greatly influenced by feelings.  More specifically, they’re tied to how people feel about the work they do, the support and development they get from their bosses, and their identification with their organization’s mission and culture.

That 7-in-every-10 workers has no meaningful engagement in their jobs today not only reveals a very serious leadership problem in our country, it clearly demonstrates that leaders aren’t adequately caring for the hearts in their people.  Said another way, we’re not effectively tending to how people (human beings) are feeling, and this is killing their morale.

So, what’s it going to take for a leader to win back the hearts of their people?

We’re coming up on the mid-year point.  This represents an ideal time to schedule one-on-one meetings and to solicit employee’s honest feedback on how they’re feeling in their jobs, and what might be limiting their full commitment.  With an explicit focus on the future and not the past, identify if there’s a special project or unique assignment that could add some challenge while also removing some day-to-day monotony?   Most especially, find out if they feeling fully supported, valued and, most of all, appreciated by you and the firm?

I’m not going out on much of a limb when I say that the most effective leaders in the 21st Century will be the ones who consistently and genuinely give their employees large doses of “workplace love.”  It’s the lack of that form of care that has so many of us dreading Mondays – and Tuesdays, Wednesdays, Thursdays and Fridays.  The good news is a little heart goes a long ways toward restoring employee spirits.

We’re most grateful when you share these blogs with friends and colleagues!  If you’d like to receive Mark’s weekly blogs (no strings attached, we promise), along with other cool info occasionally, please sign up here!