Why Caring Leaders Will Be Talent Magnets In A Revived Economy 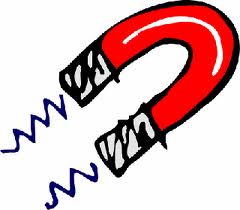 Some day people will ask me what is the key to my success…and I will simply say, “good karma.”
K. Krumley

Just as I was about to get into my car this morning, and to head out to an important meeting, I noticed a big blister bubble on the outside of my front tire.

Without needing a closer look, I immediately could see the tire was primed for a huge and imminent kaboom, and knew I needed to make fast work of finding a replacement.

As life often works once you’ve been dealt an initial setback, more challenges were to come my way. “You have extremely uncommon tires,” I heard at least a dozen different tire store employees tell me after I called to check on pricing and availability. “We won’t be able to get you one of those for at least a week.”

And, because of something called “German engineering,” I also discovered my spare tire would only fit on the rear.

After a few hours of very stressful searching, I finally found my replacement at a Discount Tires store in a town several miles away.  Gratefully, this is where my fate changed, and where I found a team of incredibly happy and productive employees ready to help me.

When Eric picked up the phone, I told him I’d been searching high and low, and had grown panicked over not being able to find a new tire.  Apparently trained to calm down customers like me, Eric immediately assured me he’d search every store in his chain if he didn’t have one in stock.

As I held on the phone while he combed his inventory, Eric suddenly yelled out, “I got it! I got it!”   It was if he’d taken my problem, made it his to solve, and then took enormous joy in making it happen.  He seemed as excited as I was!

Remembering that I had a bubble potentially ready to pop, he next insisted I grab a pencil and write down directions that would ensure I traveled the back roads to his store and not the freeways.  This guy was concerned about my safety!

Upon my arrival, I was greeted with genuine expressions of concern.  Eric and his boss each vocalized their gratitude that I made it there in one piece, and later offered me a discount when I decided to buy two tires instead of one.   This was just an amazing customer experience!

While I was waiting for the tire installation to be completed, Eric’s boss confided that I’d find the exact same service at any store in his chain.  He told me he’d worked as a manager at Discount Tires for over a decade, and insisted employees were developed, rewarded and cared for in ways that made them all enormously loyal and engaged.  I left that store very impressed.

Later that same day, I happened to be chatting with Jay Jamrog, Senior Vice President of Research at the Institute For Corporate Productivity (i4cp), and asked him why my tire-buying experience struck me as being so unusual.   He instantly reminded me of something I already knew.

“The vast majority of employers don’t treat their employees like those named on Fortune Magazine’s list of ‘Best Companies To Work For,’ Mark!”

Coming off the incredible experience, I wondered, “why in the world not?”

From Jay’s perspective as a researcher, it makes no sense either.  “Our data proves that people who are highly engaged in their jobs are at least 40 to 50 percent more productive.”  “We also know that high performing organizations inherently have more engaged people.”

Reminding me of workplace karma, Jay insisted that companies who continue to be indifferent to the needs of employees inevitably will be left in the dust. “Recessions tend to drive companies to be very focused on numbers and not so much on people.  Rather than think long term, they’re solely focused on survival.  But better, more enlightened companies are segmenting their workforce, finding out where their pivotal roles are, and already are paying greater attention to those roles.  When the economy recovers, those companies will be magnets for the very best talent. “

Over the past few years, many workers have felt stuck in their jobs and have had few alternative choices.  And the lack of meaningful turnover likely has a lot of bad bosses deluded into believing they’re doing a lot of things right.

But, just like my front tire, there’s a bubble buried inside the organizations which continue to exploit their workers instead of nurture them.   And sooner or later, it’s gonna blow.

We appreciate it (a lot!) when you share these blogs with friends and colleagues!  Sign up here if you’d like to receive them directly each week.  Tribe members get occasional gifts, too!