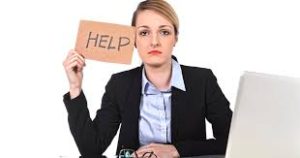 If American companies were given a report card today for their progress in improving employee
engagement over the past four years, most would receive a failing grade.

Surely, many leaders will scowl at the notion that they could be seen as failing at a time when elevating engagement scores has been one of their organization’s highest expressed priorities. But since the Summer of 2013 when Gallup announced workplace engagement had reached rock bottom, the truth is that scores aren’t meaningfully better.

“How is it possible that the needle hasn’t substantially moved in 4 years?”

“Since our company’s internal numbers look good, aren’t we being lumped in with all the low performers?”

“How can a committed organization jump-start their engagement performance?”

I recently reconnected with Gallup’s long-time research director, Dr. Jim Harter, to discuss these inevitable questions. And if you hope to earn an “A” in engagement when the next grading period comes, the following insights will be helpful.

There Has Been Some Improvement

At the start of October, 34% of American workers were fully engaged in their jobs. That’s an increase from 30% in 2013, which means an additional 7.2 million workers are now willing to put in discretionary effort in order to help their bosses and organizations succeed.

“I recognize this is a positive change,” says Harter, “but we’re not satisfied. Too many workplaces remain indifferent to committing to supporting employee’s basic needs and to leveraging that for higher performance.

Compared to the best practice organizations in the US – ones that have now reached 70% or higher engagement – I’m pretty critical of overall leadership.”

Take Your Thumb Off The Scale

Ninety-four percent of American workers say they completed an employee survey in the past year or so – a clear indication most organizations are measuring engagement, and continue to see a direct connection between high scores and elevated organizational performance.

But according to Harter, most companies are using survey tools that produce a highly inflated read on how engaged employees actually are. And once leaders are persuaded they already have high engagement, they’re generally influenced to retreat from the initiatives that support it.

“Most engagement surveys use a 1-to-5 rating scale,” Harter told me, “but it’s now a common practice for companies to combine all the 4’s and 5’s into what’s known as ‘Percent Favorable.’ And this methodology is a huge mistake because it incorrectly assumes a score of 4 is just as good as a 5.”

Consider the standard engagement question, “I know what’s expected of me at work.” If an employee gives a 5 rating to that, they’re inherently saying they strongly agree, and have extreme clarity on their job duties. But if they rate that same question a 4, they’re backing off quite a lot.

“The truth is 4’s and 5’s play out very differently in the workplace,” Harter told me, “and no leader should be content with ‘favorability’ when only strong agreement leads to the highest levels of performance. A 4 is closer to ‘contentment’ whereas a 5 is full ‘commitment.'”

Ironically, no company would ever accept squishiness in their revenue or profitability reporting, so the time has come for leaders to demand their engagement metrics are made no less rigorous. Soft measures provide zero benefit, and the truth is everyone in the entire organization knows the results aren’t real.

How Can We Remedy This?

There are many drivers of engagement, of course, but I asked Harter what he would implement first were he charged with turning around a single organization’s performance. He prioritized these three things:

Last month, a study by the American Psychological Association’s Center For Organizational Excellence found that people are at least two times more likely to be satisfied in their jobs when they work for a supportive boss.

Gallup’s research not only reconfirms this, it shows an inclination to care about the success, growth and well-being of other people has become a great differentiator of high-performing managers.

Picking the right people for managerial roles is the essential first step if company leaders are truly committed to creating compelling workplaces, and workers today are demanding bosses who act like caring coaches. “With more people working remotely, and with teams being asked to work more collaboratively, this heart trait will only become more essential,” Harter says. “Companies can and must hire for this, but so far we see very few making the shift.”

One of the huge gaps in business today is that managers are rarely held responsible for the engagement of their people, or for turnover within their teams. Too few companies report this critical data down to the individual manager level, or weed out leaders who exploit employees in the pursuit of performance. All of this must change.

Four years without meaningful improvement is enough, Gallup believes, and the time for talking about engagement is over. “We need organizations to stop plodding along thinking a once-per-year survey event will magically change things,” Harter asserted. “There’s tremendous upward pressure for leaders to get this right, and only a change of approach will produce a different outcome.”

It should be encouraging to all workplace leaders to know engagement scores are very changeable. Low results aren’t static, and plenty of organizations have turned things around. But because setting small goals and seeking modest improvements over time clearly hasn’t worked, Gallup is urging leaders to rip off the band aid.